Working with Engineers Without Borders in Sarawak, Borneo. Part 2

Signs that we were a little out of our league in the application of local material to solving local problems wasn’t just limited to the still. Human beings are very good at getting the most out of their environment, and any small village will have had plenty of extremely intelligent, talented people put their mind to solving local problems, with the advantage of a lived experience there. Bamboo was used extensively, both to construct infrastructure on the typical paths through the jungle: 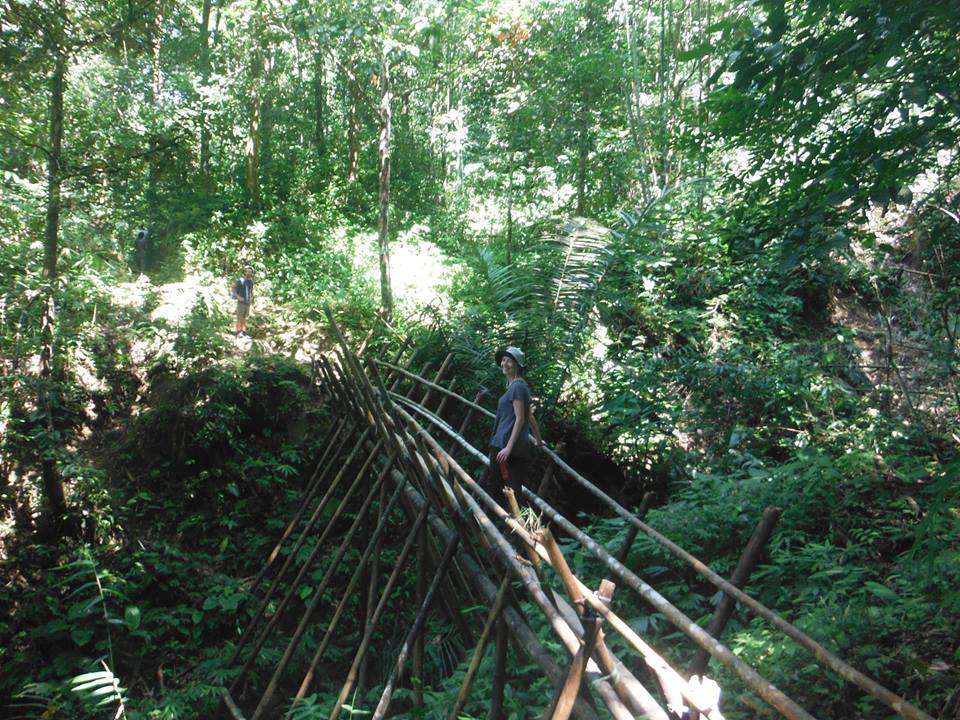 and in general construction within the village: 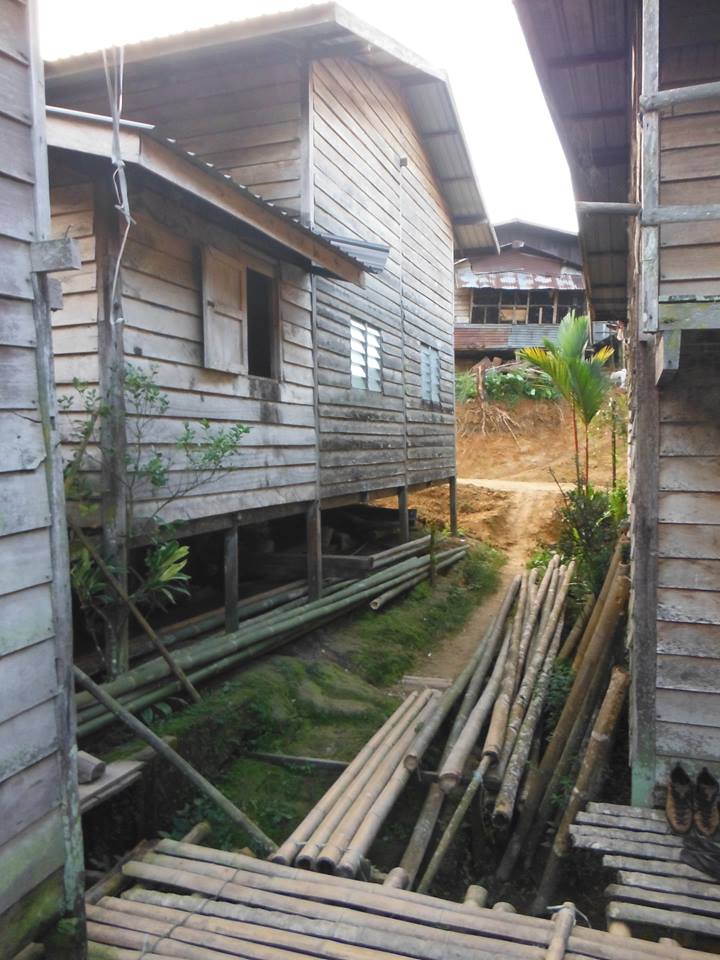 Nonetheless, the students persevered, and after spending a lot of time listening to the history of the village, and discussing what the locals hoped and feared about the future, some ways to make a contribution eventually took shape. There was almost unanimous agreement amongst the villagers that landslides were their biggest fear. They had suffered property damage in recent times from landslides, though fortunately no loss of life. With the government having installed a new road, little effort had been made to shore up the sides of the cut made for the road, and erosion was already visible in many places. One student team chose to focus on this aspect, and after some discussion with the deputy chief, and other elders, discovered that the residents of Kampung Kiding knew very little about landslide prevention. They focused the rest of their efforts in the village on learning more about how people interacted with the areas around cliffsides and the road.

A second group identified the severe heat inside the village houses as an issue. This wasn’t simply a matter of us being unaccustomed to the heat – many villagers would not use rooms inside their homes during the day, as the heat was so severe. Some discussion with elders of the village turned up some interesting history: the roofs had historically been thatched with leaves and bamboo, but some decades ago they switched to tin. This had the advantage of only rarely requiring repairs (and in a farming community, time and labour is always precious), but had drastically increased the heat inside the homes. This group of students spent their time discussing possible cooling approaches with the residents of the village.

A third group of students had noticed that very little effort seemed to be paid to water conservation – despite the village only having had running water for a decade. They thought suggesting some systems around water conservation might be beneficial, and started making plans in this direction. However, after further discussions with people in the village, they discovered there was very little interest in the idea. In the dry season, everyone took more care of water, and in the wet season, they felt there was no need. Though initially very disappointed, the group continued to look for design opportunities. Eventually, they settled on one of the most unglamorous, and critically important aspects of any society – waste disposal and management. Kiding is in the unfortunate position of having no easy means of garbage disposal, and as a result, a lot of waste is simply dumped off the edge of a cliff. The locals are very unhappy about this, but there is no simple answer – the only vehicles in the village are a couple of mopeds, and the surrounding terrain is extreme. Ferrying rubbish away to a tip is simply not possible. The students could not see an answer to this problem (and neither could the mentors), but they thought that perhaps they could at least develop a program encouraging the composting of green waste. The senior women of the village were very interested in this idea, and the students spent a great deal of time discussing implementation with them.

To finish off our visit to Kiding, we hiked for about six hours through the jungle to visit a nearby waterfall:

Despite this beautiful waterfall being only a daytrip from the village, most of the villagers had never been. Some teenagers from the village accompanied us, and were very excited to see it. It is indicative perhaps of how little spare time this manner of farming lifestyle affords, that with such a lovely place nearby, so few could make the trip.

We celebrated the end of our stay in Kampung Kiding with a blowdart competition, which was won by one of the local Sarawakian students who even put our guides to shame. The blowguns are surprisingly accurate, even I was able to hit the target every time (though admittedly never the bullseye)

The blowdarts have some real penetrating power, as we proved against some poor, harmless, defenseless, entirely innocent trees: 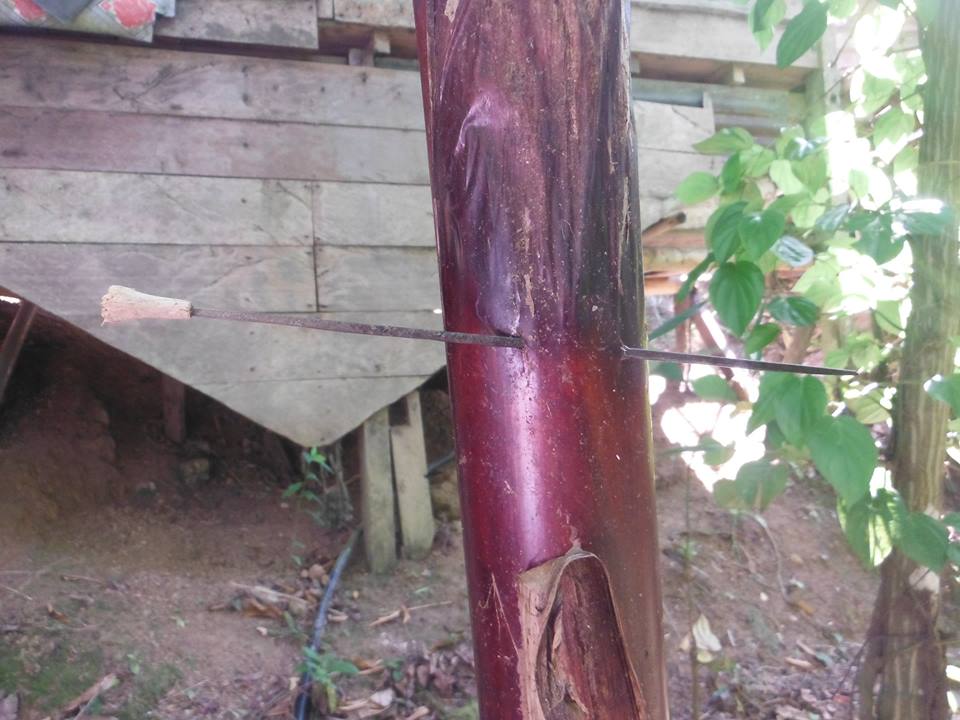 Our hosts prepared a farewell dinner (we secretly hoped that they had used the noisiest rooster): 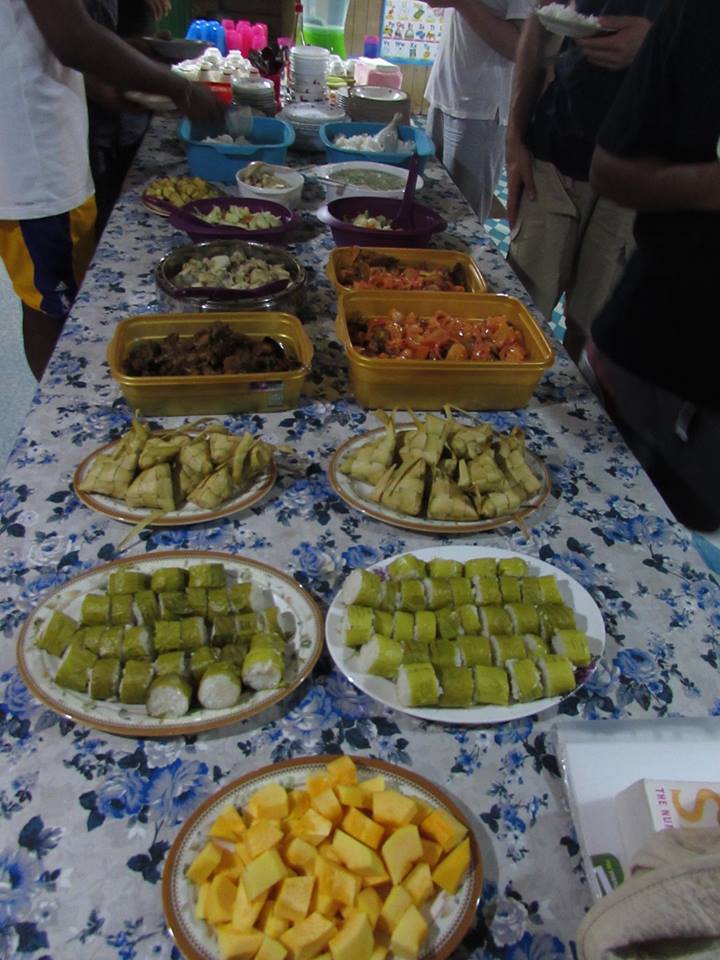 On the last morning we rose early to try to finish the hike without too much exposure to the sun, taking a final group shot before heading down: 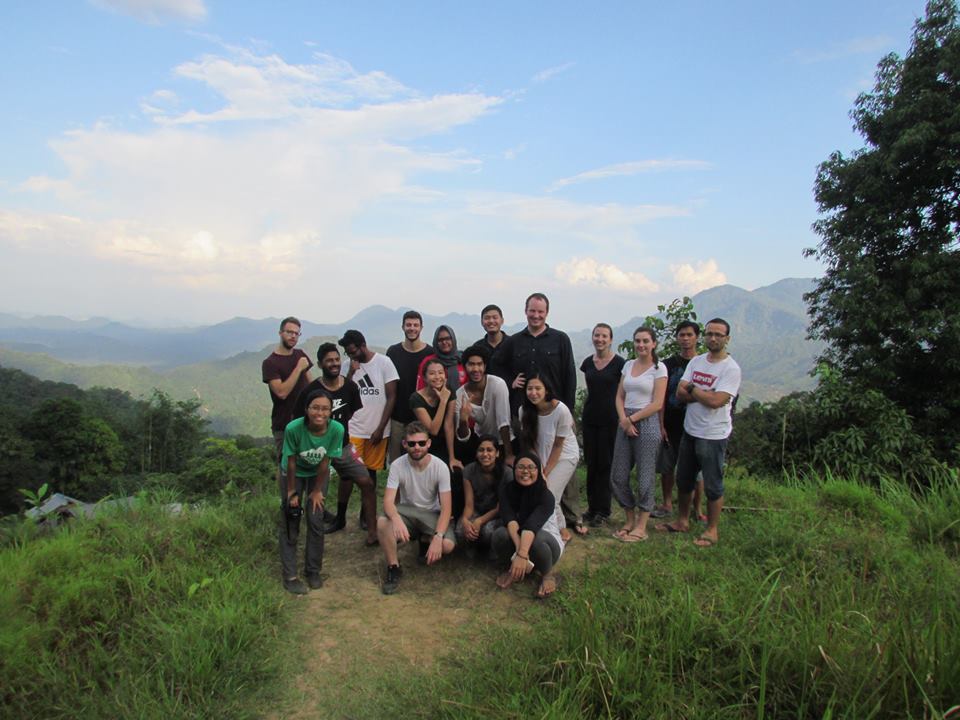