The AIAA aviation conference returned to Atlanta this year; our group for this conference was Marcus, Rhiannon, Tom and myself. Rhiannon was already in the United States undertaking an internship at NASA Ames with Dr. Megan Macdonald, while Tom and Marcus flew over with me from Australia. 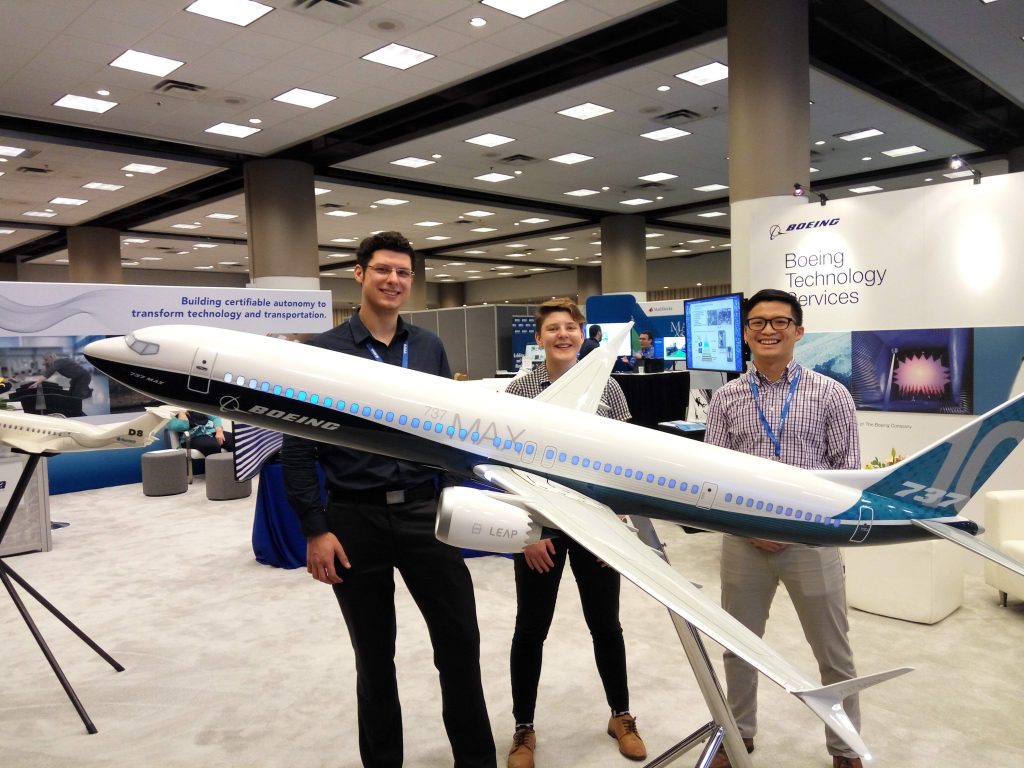 Marcus presented the kinematic wavepacket model for BBSAN he has been developing with Peter, while Tom presented a set of experimental data he acquired in Florida with Rajan and his team. I presented a mix of the shock leakage work I have been doing with Joel, and some work on the upstream-propagating component of jet screech with Peter and Vincent from P’, and Aaron Towne at Stanford. The students both did an outstanding job, though Marcus got to experience his first “rigorous” conference presentation, after unintentionally sparking some controversy with his results.

I also managed to provide the students with some new culinary experiences: authentic Mexican cuisine, southern BBQ, and American-style Sushi.